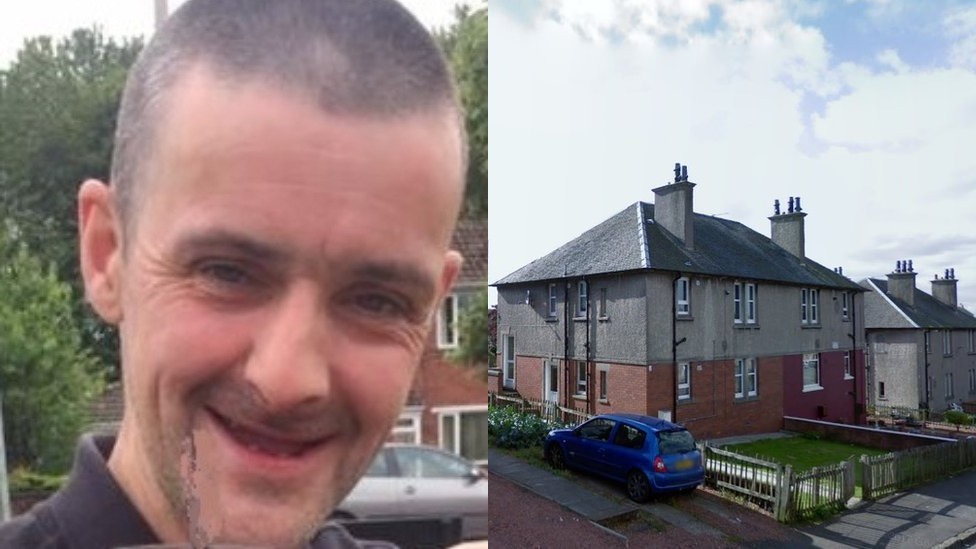 Detectives have launched a murder inquiry after the body of a man was found in a flat.

Paul Halley, 43, was discovered in Hozier Street, Carluke, South Lanarkshire, about 10:20 on Sunday.

The investigation was upgraded from a suspicious death following a post-mortem examination on Monday.

Officers have been conducting inquiries in the area since the weekend while CCTV is also being reviewed in a bid to map the victim’s movements.

Det Ch Insp Raymond Brown, of the force’s Major Investigations Team, said: “We are in the process of trying to piece together Paul’s movements and to identify anyone he may have come into contact in the throughout Saturday until he was found in his home address on Sunday morning.

“We need to establish the exact circumstances of what led to his murder.”

The officer said Carluke is a close-knit community and local people will be understandably be concerned.

He added: “I would like to reassure them that we have a dedicated team of experienced detectives working on this inquiry, who are determined to find the person responsible for this crime.

“However, I require the support of the local community to assist us in our inquiries and provide any information which could be relevant to our investigation.

“Anyone with information, regardless of how insignificant it may seem, or information as to who is responsible is urged to pass that information to police.

“Paul’s death has left his elderly parents, family and friends devastated and it’s vital we trace whoever is responsible.”

Send us your pictures