‘Death by a thousand cuts’: vast expanse of rainforest lost in 2018 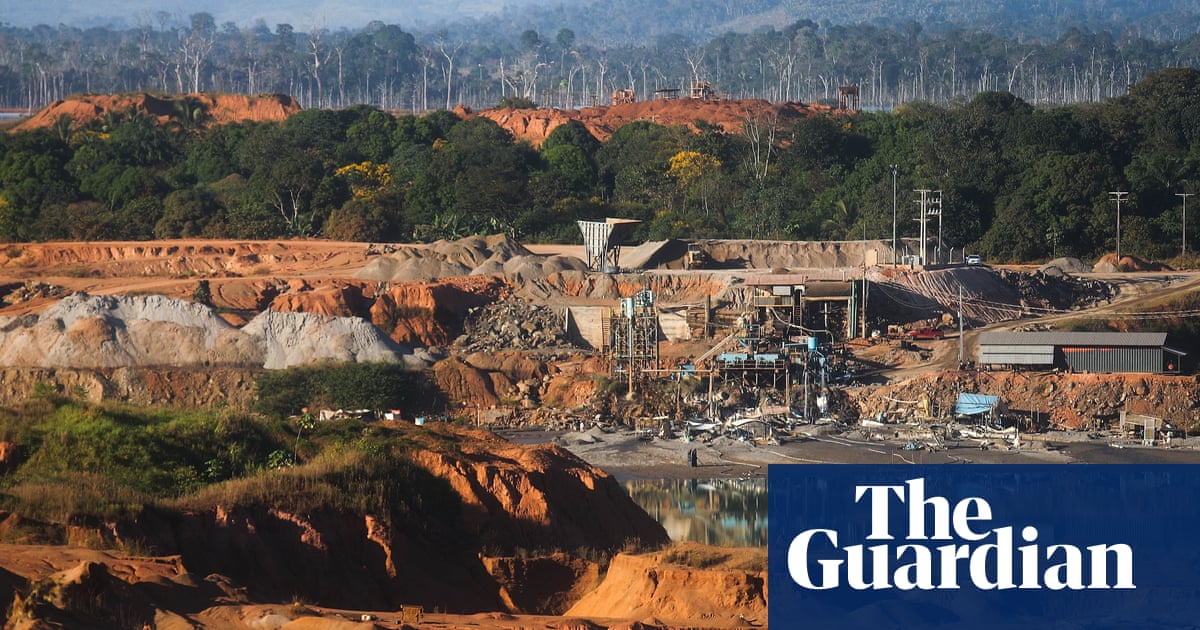 Millions of hectares of pristine tropical rainforest were destroyed in 2018, according to satellite analysis, with beef, chocolate and palm oil among the main causes.

The forests store huge amounts of carbon and are teeming with wildlife, making their protection critical to stopping runaway climate change and halting a sixth mass extinction. But deforestation is still on an upward trend, the researchers said. Although 2018 losses were lower than in 2016 and 2017, when dry conditions led to large fires, last year was the next worst since 2002, when such records began.

Clearcutting of primary forest by loggers and cattle ranchers in Brazil dominated the destruction, including invasions into indigenous lands where uncontacted tribes live. Losses were also high in the Democratic Republic of the Congo (DRC) and Indonesia. Indonesia is the only major country where government protections appear to be significantly reducing the losses.

“We are nowhere near winning this battle,” said Frances Seymour from the World Resources Institute, part of the Global Forest Watch (GFW) network, which produced the analysis. “It is really tempting to celebrate a second year of decline since peak tree cover loss in 2016 but, if you look back over the last 18 years, it is clear that the overall trend is still upwards.”

“The world’s forests are now in the emergency room – it is death by a thousand cuts,” she said. “Band-Aid responses are not enough. For every hectare lost, we are one step closer to the scary scenario of runaway climate change.” There are many government and corporate efforts to combat deforestation, but they are not proving to be enough, Seymour said.

The analysis looked at all tree losses in the tropics, but focused on primary forests. These are untouched and store the most carbon and have the highest populations and variety of wildlife. Their destruction is seen as largely irreversible, even over decades.

More than 3.6m hectares (8.9m acres) of pristine rainforest was cut down in 2018, according to the data. “Most of the 2018 loss [1.3m hectares] is clearcutting in the Amazon,” said Mikaela Weisse, a GFW manager. “Shockingly we are also seeing some invasions into indigenous lands that have been immune to deforestation for years.”

For example, at the Ituna Itata reserve in Brazil there was more than 4,000 hectares of illegal clearing in the first half of 2018, more than double the total loss since 2002. The reserve is home to some of the world’s last remaining uncontacted peoples, who have conserved the forest for centuries. Forest protection is being weakened under Brazil’s president, Jair Bolsonaro, who took office in January, but these impacts will only be seen in the data for 2019.

In the DRC, primary forest loss was 38% higher in 2018 than the average from 2011-2017. Expansion of small-scale forest clearing for agriculture and firewood is thought to have caused about three-quarters of this loss.

The destruction of Indonesia’s pristine forests has been driven by palm oil plantations, but has begun to fall and is at its lowest level since 2003. The government’s policies appear to be working, but 2019 is likely to be a drier year in the country than the last two and fires exacerbated by the draining of land could spike again. “Indonesia is not out of the woods yet,” said Weisse.

Forest destruction jumped by 60% in Ghana and 26% in Ivory Coast. “The good news is the cocoa industry has taken steps to combat this trend,” said Caroline Winchester, a GFW research analyst. “In 2017 the cocoa and forests initiative launched to end further deforestation.” However, 70% of tree felling in Ghana and Ivory Coast was in protected areas, she said.

Seymour also highlighted the direct human tragedies. “Behind the bars on these charts are heartbreaking losses in real places,” she said. “All too often the loss of an area of forest is also associated with a funeral, because every year hundreds of people are murdered when they try to stop the miners, loggers and ranchers. The moral imperative to act on this story is unquestionable and urgent.”

Content provided by The Guardian. Original piece can be found here https://www.theguardian.com/environment/2019/apr/25/death-by-a-thousand-cuts-vast-expanse-rainforest-lost-in-2018

10 years of the Houston rodeo – in pictures