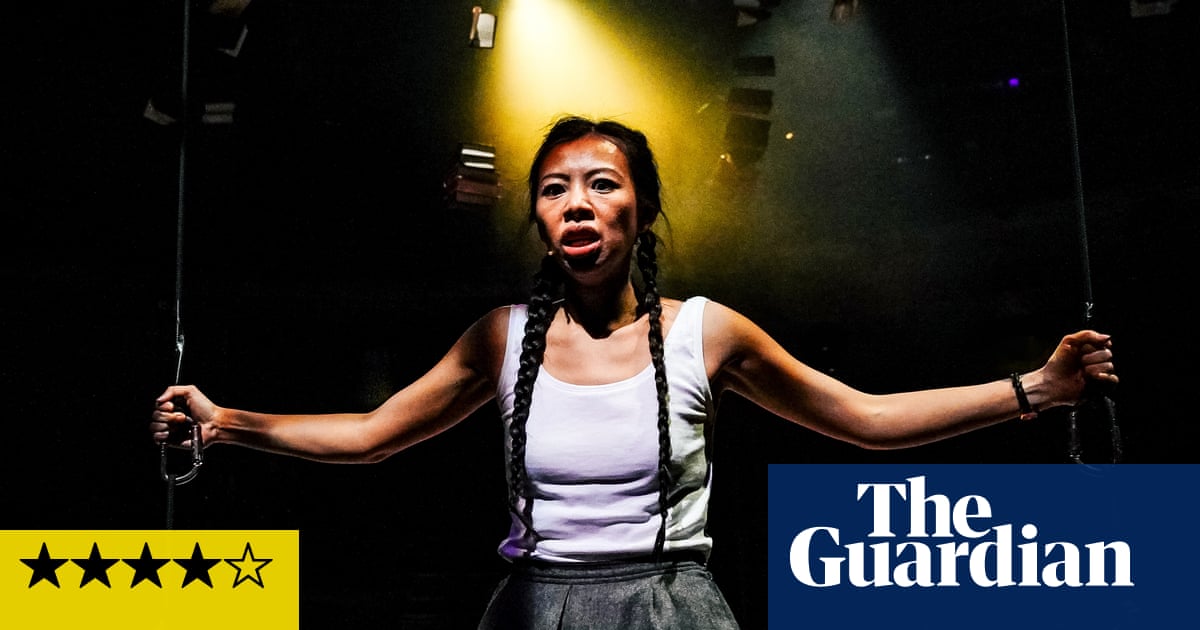 ‘This is not a ballad,” says Prudencia Hart early on in David Greig’s dizzyingly funny play. The driving snow, the midwinter setting and the relentless rhyming scheme suggest otherwise. The more this academic protests, the more she becomes an embodiment of the very subject she is studying. Fresh from the Edinburgh school of Scottish studies, she leaves a conference on border ballads to discover the passions, lusts and loves that her bookish temperament has previously denied. In a long dark night of the soul, the ballad goes from the bookshelf to lived experience.

When Wils Wilson staged the play for the National Theatre of Scotland, it was performed in pubs of the kind in which it is set, the action taking place around the audience’s tables. Here, in Anna Marsland’s boisterous production, the New Vic’s in-the-round stage creates something of the same effect. From the pre-show ceilidh to the spirited direct address, we’re made to feel the Kelso pub is all around us.

EM Parry’s witty costume design tells a story in itself; Suni La’s prim Prudencia in her purple felt hat and sensible jumper keeps her distance from tweedy scholars with wayward Open University haircuts before things turn ghoulish and four corbies appear in devilish red tops and black eyeliner. With a library of books cascading overhead and the bowels of hell lurking below, Parry’s set keeps on surprising.

The play feels on the long side for a comedy, but by giving proper weight to the serious story of Prudencia’s run-in with David Fairs’ devil (both suave and irritable, and seeming to dislike hell more than she does), Marsland draws us deep into its darker corners.

Where La is as earnest and long-suffering as every fairytale heroine should be, Matthew McVarish brings a note of lovable enthusiasm to her otherwise boorish academic rival Colin Syme; they might be opposites in the head-versus-heart debate, but they make you believe opposites can attract. There is tremendous work from Alice Blundell and Eleanor House, jumping energetically between supporting characters and sweet renditions of folk songs, turning a dark winter’s tale into an airy summer comedy.

Content provided by The Guardian. Original piece can be found here https://www.theguardian.com/stage/2019/jul/03/the-strange-undoing-of-prudencia-hart-review-new-vic-theatre

How important will blockchain be to the world’s economy?

The 50 best theatre shows of the 21st century