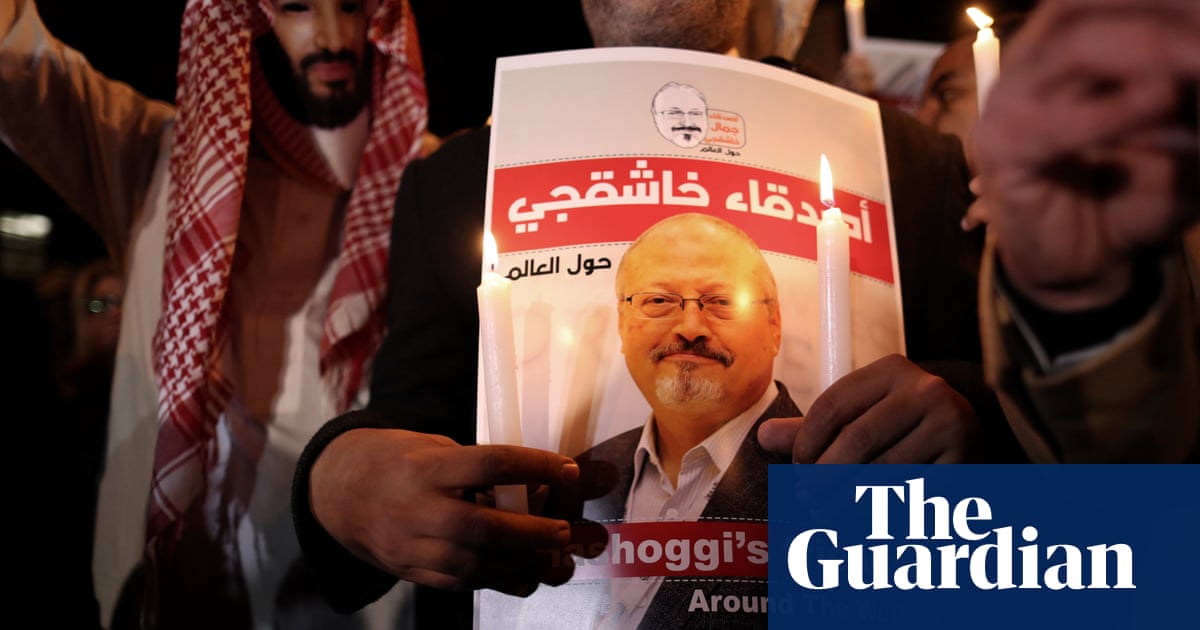 Officials in Saudi Arabia privately complained about the kingdom’s low ranking on an influential press freedom index, less than one year after the murder of the journalist Jamal Khashoggi by a Saudi murder squad.

Campaigners at Reporters Without Borders (RSF) said Saudis aired their dismay at a series of unprecedented meetings with government officials in Riyadh. RSF has revealed to the Guardian that it held the confidential meetings in April to advocate for the release of 30 jailed journalists, an act that the press freedom group said was the “only way” for Saudi Arabia to assume the G20 presidency next year.

The urgent call comes less than a year after Khashoggi, a Washington Post journalist, was brutally murdered inside the Saudi consulate in Istanbul. A recent UN report into the murder found “credible evidence” that the crown prince of Saudi Arabia, Mohammed bin Salman, and other senior officials, were liable for the killing.

The RSF meetings, which included exchanges with Adel al-Jubeir, the minister of state for foreign affairs, and public prosecutor Saud al-Mojeb, were kept secret because RSF said it had hoped that Saudi Arabia might release the journalists during Ramadan, but no such actions were taken.

“By meeting with high-level people, we can create little movements that create bigger movements,” said Christophe Deloire, RSF’s secretary-general. “We explained how their global image is totally terrible … and we tried to explain that what they have to do is to take action. They will never convince us or the general public that it is legitimate to have all those journalists in jail.”

Two RSF officials – Deloire and RSF’s UK bureau director, Rebecca Vincent – said that over the course of meetings over three days, several Saudi officials raised concerns and dismay at Saudi’s low ranking on RSF’s press freedom index, where it is ranked 172 out of 180. The officials seemed especially vexed at their proximity to North Korea, RSF said.

“They were clearly sensitive of the rating. They consider it purely illegitimate that they are so badly ranked. And we can say, ‘it is because of this, and because of that’. It is a way to engage,” said Deloire.

Saudi Arabia fell three spots in RSF’s most recent ranking, which cited Khashoggi’s murder, and the intense repression of free speech by Saudi’s crown prince. It also noted that the number of journalists and citizen-journalists who have been held in detention has tripled since 2017, the year Prince Mohammed, who has proclaimed himself to be a reformer, was appointed as the king’s heir.

RSF said that when pressed on the imprisonment of more than two dozen journalists, Saudi officials responded with many of the talking points they have already expressed publicly, including the allegation that the journalists were not being held because of their journalism.

New information about the meetings comes at a sensitive time. October will mark the first anniversary of Khashoggi’s murder, and prominent voices are calling for a boycott of the planned G20 summit in Riyadh in 2020.

“We consider there is now an international agenda that creates a demand to act,” said Deloire.

Agnès Callamard, the UN special rapporteur who investigated the Khashoggi murder, has said that holding the G20 meeting in Saudi Arabia was a “slap in the face” to those who have fought and died for human rights, and that she would urge governments to relocate the 2020 G20 summit or boycott it.

On Tuesday, Callamard singled out the US for its inaction.

“[It] has the jurisdiction or at least the interest to take action,” she told a London conference hosted by human rights groups. “Silence is not an option. Speaking up is required but not enough. We have to act.”

RSF said it took months, and diplomatic pressure to agree the meetings in Riyadh and that RSF was careful not to appear to offer any legitimacy to the Saudi regime’s treatment of journalists.

‘We are coming to get you’: recordings reveal Saudi plan for Khashoggi murder

Vincent said RSF relies on a “naming and shaming” strategy when dealing with poor treatment of journalists by governments, but in the case of Saudi Arabia felt that a new tactic could be useful.

“One measure that we discussed was the possibility of [the Saudis] issuing pardons during Ramadan. There has been minor movement in four cases, but no release of the whole group,” she said.

Two female journalists, Eman al-Nafjan, and Hatoon al-Fassi, have temporarily been released, and two other journalists, who were missing, briefly contacted their families.

A G20 press statement issued last year, which confirmed that Saudi Arabia would host the summit in 2020, said the kingdom was undergoing “major economic and social transformation”, which was “closely aligned with core G20 objectives of achieving macroeconomic stability, sustainable development, women empowerment, enhanced human capital, and increased flow of trade and investment”.

The statement was released two months after Khashoggi’s murder.

Content provided by The Guardian. Original piece can be found here https://www.theguardian.com/world/2019/jul/10/saudi-press-freedom-index-ranking-reporters-without-borders

Brexit and the Irish border: A simple explanation