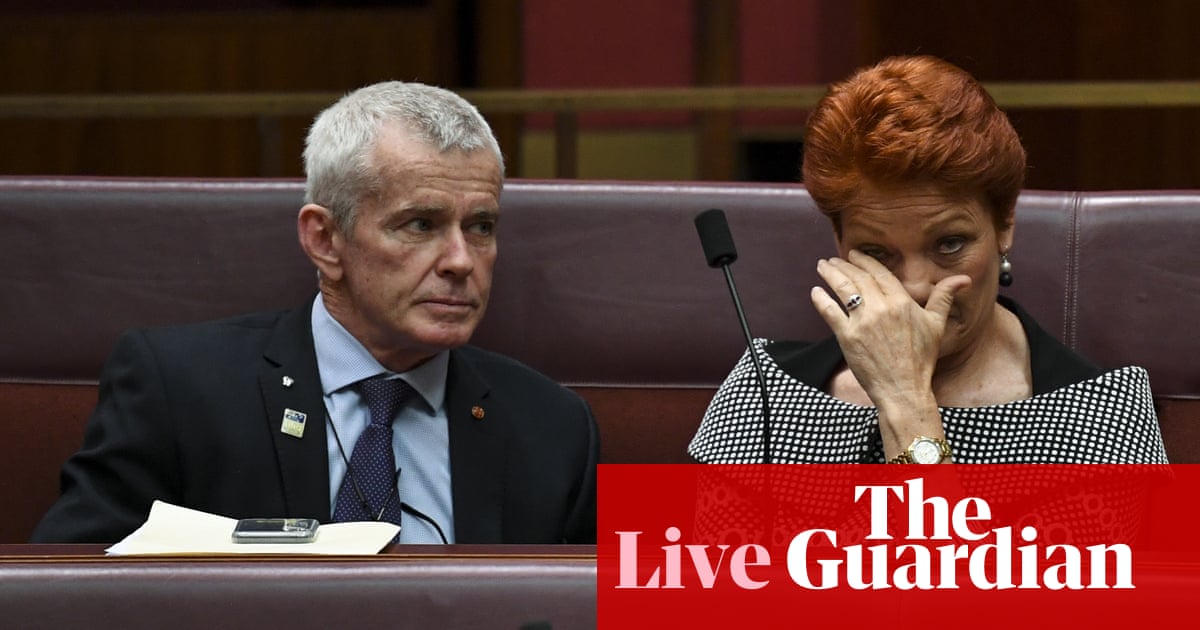 The Greens are the first cab off the rank about the government’s loss on ensuring integrity. From Adam Bandt:

We have a government who is determined to limit the power of workers and their unions and reduce their ability to stand up to the powerful, but today, they lost.

If this government was really committed to integrity, then we would have a federal anti-corruption watchdog to hold politicians to account. Instead, the prime minister is prepared to let a minister continue to serve while being investigated by the police. This government has no integrity when it comes to integrity.

The Australians Greens will always stand up for unions and working Australians in their effort to fight for higher wages and better working conditions.

The Greens are proud to stand alongside the union movement and Australian workers in celebrating this victory.”

Sally McManus and Michele O’Neil will hold a press conference at 5.30.

That’s been a heck of a campaign.

To be even clearer – that bill was meant to be the government’s one guaranteed win this week.

One Nation just voted with Labor, the Greens and Jacqui Lambie to block the Ensuring Integrity bill. It wasn’t a mistake.

Liberal senators were staring at their phones trying to work out what had happened.

Labor and Greens senators cheered – and one bitter Coalition senator shouted out “thanks Malcolm [Roberts]” across the chamber.

On my way back to the Guardian office I saw a clearly shocked Labor senator Catryna Bilyk profusely thanking Hanson and Roberts. Hanson said that One Nation “votes on merit”.

As we’re not allowed to interview people in the corridor I asked if Hanson would like to invite me into her office to explain. She declined.

Paul Karp says One Nation knew what they doing – and they deliberately sat with the government.

Again – what even is today.

So just to be clear – One Nation switched its vote at the final hurdle and the bill was defeated.

The Senate is dividing on the question that the bill as amended be agreed to.

Pauline Hanson and Malcolm Roberts are voting with Labor, the Greens and Jacqui Lambie!

It was tied 34-34 – so the question was negated. Labor and Greens clap.

We see it but we don’t believe it.

That means that the Bill has a tied vote has NOT passed.

Content provided by The Guardian. Original piece can be found here https://www.theguardian.com/australia-news/live/2019/nov/28/morrison-albanese-coalition-medevac-taylor-politcs-live